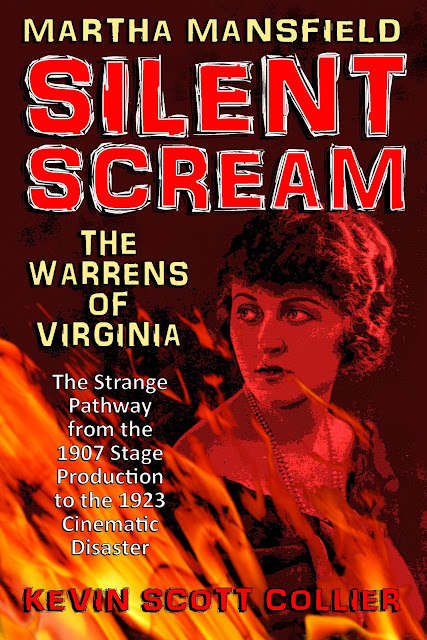 
Martha Mansfield Silent Scream tells the strange tale of the history of "The Warrens of Virginia" that ended with the fiery death of silent screen actress Martha Mansfield on November 30, 1923. Within 12 months, 5 actresses were injured as a result of fires during the production of motion pictures. Only one died, Martha Mansfield. Kevin Scott Collier outlines the strange circumstances and coincidences that plagued "The Warrens of Virginia" from its beginning as a David Belasco stage play to the release of the 1924 Fox Film feature. 64 pages, paperback, featuring photos, historical articles and reviews, and exclusive commentary from Martha Mansfield biographer Louise Carley Lewisson. Only $7.95.
Purchase book here from Amazon 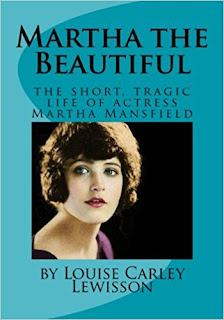 Martha the Beautiful: The Short Tragic Life of Actress Martha Mansfield
by Louise Carley Lewisson / 64 pages / $24.99
Purchase book here from Amazon
Stunning silent screen actress Martha Mansfield was a musical comedy star in New York City by the time she entered films in 1916 for Max Linder. Before long she advanced to second leads in features, including the role of Millicent Carew in the John Barrymore movie Dr. Jekyll and Mr. Hyde (1920), which to this day remains her best known. The promising beauty was signed by Fox Studios in 1923 and began work on a new picture The Warrens of Virginia (1924). Nearing the completion of the film, Martha had just finished a scene and was returning to her automobile when her dress caught fire from a carelessly strewn match. Engulfed in flames, co-star Wilfred Lytell managed to throw his coat around her and extinguish the fire, but it was too late. She died the next day of severe burns at age 24.
Posted by Kevin Collier at 1:31 PM No comments: